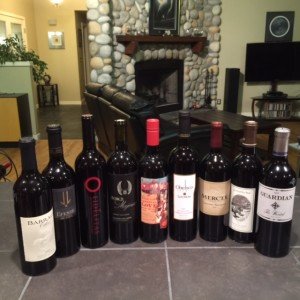 Good wine over the holidays helps to make the season fabulous. Here is the list of special wines that we started to open and share over the Thanksgiving holiday and will continue to do so through New Year’s day — either pouring them for guests, taking to parties or enjoying at home.

Some of these wines are special because of their high quality and high price point. Others are simply special good-value wines enjoy in our home throughout the year.

They are listed in alphabetical order:

Of note, all but three of these wines are from the wonderful Washington state wine country.

Jarrod Boyle of Alexandria Nicole Cellars is continuing his winning streak with a number of recent accolades for several of his stellar wines.

And last, but definitely not least, Jarrod would point to Mother Nature.

Twenty-three varietals are planted at Destiny Ridge, and the belief at ANC is that quality starts in the vineyard.

The winery’s motto is “approachable elegance” — and judging by the recent awards, and dozens and dozens of previous ones, Jarrod and his team are definitely succeeding.

Here are the most recent awards:

The outstanding wines are what brought us to Alexandria Nicole Cellars almost 10 years ago. But the warmth of the ANC team and the winery’s fabulous events played a big role too.

Over the years, we have had the pleasure and honor of becoming friends with Jarrod and Ali, and we are so excited for their new venture, The Estate on Destiny Ridge — a breathtaking, luxurious and private venue for entertaining in the middle of wine country.

We also can’t wait for their glamping season to start up again this summer.

Congratulations to Jarrod, Ali and the ANC team on the latest accolades.

Stop by and see them at Taste Washington, or at their tasting rooms in Woodinville and Prosser. 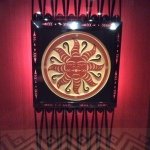 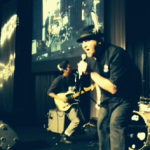 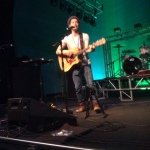 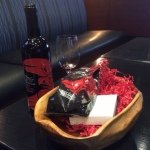 We just got back from our annual trip to Destiny Ridge Vineyard for Alexandria Nicole Cellars‘ Harvest Party in the Vines. This wine club event sparkles with fun every single year.

The weather in central Washington was much cooler this year than previous ones when the thermometer soared to near 100 degrees. But a little wind and rain didn’t dampen the spirits of the amazing ANC team, who worked for days preparing for the festivities. 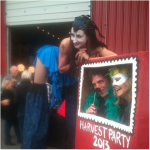 In addition to the favorites of years past — a wine-balloon toss, grape stomp and dancing, accompanied by a vast array of stellar ANC wines and a delicious menu from Chef Frank Magana — this year’s Harvest Party also had a theme.

The ANC team joined the fun, wearing top hats and multi-colored rings with flashing lights, and encouraged party revelers to step into a photo booth set up for the occasion.

Our hosts, ANC co-owners Ali and Jarrod Boyle, displayed their trademark warmth and humility, along with grace and down-home friendliness that permeated through everyone who attended.

We would be remiss if we didn’t flag the wine, created with talent, skill and passion by Jarrod and his hard-working vineyard and winery teams. In addition to old favorites and library wines such as Block 17, Destiny and Quarry Butte, wine club members tasted Little Big Man, Cabernet Franc, Jet Black, Shepherds Mark and Pinot Gris.

We’ve been members of the Alexandria Nicole Cellars wine club for years; it is the epitome of what we look for — stellar wine, fabulous people and incredible events. If you’re not a member, think about it. Seriously.

For party photos, have a look at ANC’s Facebook page. We hope to see you there next year.