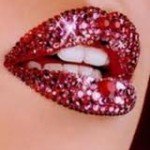 EFESTE, that’s who – with their oh-so-drinkable Jolie Bouche Syrah. “Jolie Bouche” translates from French to “pretty mouth” – a perfect name for a Syrah with a wonderful mouthfeel.

Back on Dec. 8, 2008, my blog post declared EFESTE’s Jolie Bouche Syrah a winner.  Year after year, it remains a favorite.

The previous day, Dec. 7,  2008 at St. Nick’s Open House Weekend in Woodinville, was when we a) first barrel-tasted the 2007 Jolie Bouche release at EFESTE; b) pre-ordered 2006 Jolie Bouche; and c) joined EFESTE’s Inner Circle Wine Club.

Ever since, we’ve been big advocates of EFESTE , winemaker Brennon Leighton, and winery owners Daniel and Helen Ferrelli, Patrick Smith and Kevin and Angela Taylor.” (EFESTE is pronounced like the letters “F, S, T” for the first initials of the last names of the owners.)

We’re not particularly patient when it comes to wines we love – we drank most of our 2006 Jolie Bouche within a couple of months of its arrival. But somehow we managed to cellar one bottle, which we savored last week. 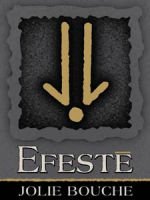 As we tasted it, we were reminded of a review in Wine Advocate,  which rated 2006 Jolie Bouche at 90 points:

“The purple-colored 2006 Jolie Bouche Syrah spent 20 months in 24% new French oak. It offers up an expressive nose of cedar, incense, violets, blueberry, and blackberry. Medium to full-bodied, ripe and savory on the palate, it displays some elegance, good balance, and a fruit-filled finish. It will continue to blossom for another 2-3 years and drink well through 2018. -Jay Miller for Robert Parker’s Wine Advocate

This beautiful wine did indeed blossom in the three years since we first tasted it, becoming even more elegant and full-bodied. In fact, the pretty mouth developed into a gorgeous mouthfeel.

We now, of course, wish we had cellared more!

Not surprisingly, the most-recent release, 2008 Jolie Bouche Syrah is sold out. After all, it received 95 points from Wine Spectator. But the good news is 2009 Jolie Bouche will be released in the fall of 2011 – just  few months away.

To find out more about EFESTE and winemaker Brennon Leighton, read my article in Seattleite Magazine.