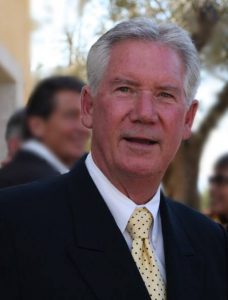 It is with both tears and smiles that we write this tribute to our friend, Doug Long, who lost his 18-month fight against leukemia on November 29, 2017 at his home in Gig Harbor, surrounded by his loving family. Tears, because we miss him. Smiles because he brought such joy to so many people, including us.

Washington state’s wine industry lost a great man and we lost a friend. Doug was so warm, welcoming, gracious and passionate, with a wonderful smile and lots of entertaining stories to share.


We first met Doug almost six years ago at a Washington Wine Commission event in “the other Washington” — D.C. We were immediately drawn to his friendliness, his humor and his knowledge of the grape. Shortly after, we wrote: “We have several favorite stops when we go wine tasting in Woodinville – the newest is Obelisco Estate, which meets our personal criteria for incredible wine and great people.”

Doug’s passion for winemaking showed in his award-winning Obelisco wines. We have been major fans of his Electrum, Nefer and Cabernet Sauvignon, although we also enjoy every wine he made. The only thing Doug loved more than winemaking was his wife Betsy, his daughters, Melissa and Whitney, and the rest of his family. 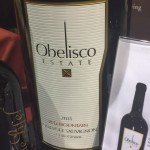 They moved to Washington state from Napa, where he started his first winery, David Arthur — named “Winery of the Decade” by Wine Spectator in 2000. The 1997 vintage scored 99 points. Once here, he planted a vineyard in the incredible Red Mountain AVA in 2004. And then he applied his Napa Valley winemaking skills to Washington state grapes. His wines will continue to shine for years, and we shall toast him every time we raise a glass.

Doug is survived by his devoted wife of almost 50 years, Betsy; his daughter Melissa Vilar, her husband Jacques and their two children, Isabella and Phillip; and his daughter Whitney Patterson, her husband Adam and their three children, Eveleth, Robert and Reagan. He is also survived by his father Donald Long, his brothers Robert and David Long, Ken Abbott and many nieces, nephews and godchildren. 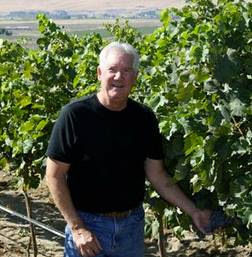 From the family: “Donations may be sent to Seattle Cancer Care Alliance in memory of Doug Long. Or call (206) 606-2070 or (877) 308-3117 to make a donation by phone. All donations will fund AML research being done through a program Doug was passionate about. Please donate blood and join the bone marrow registry, you could save a life.”

Rest in Peace, Doug. You will be missed, and remembered fondly and deeply by so many. Our prayers and hearts are with you and your family.

We will toast you with a bottle of your beautiful wine tonight.
Margot and Dave