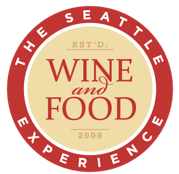 The results of the third annual Wine Awards have been announced by the Seattle Wine and Food Experience in conjunction with their weekend of events Feb. 20-21.

More than 200 wines from Washington, Oregon, California and international regions were judged by a panel of experts who tasted and reviewed the wines under blind conditions, not knowing the producers, region of origin or prices.

Of the 204 wines submitted, 130 were awarded gold, silver and bronze medals. Top honors went to:

Congratulations to all the winners!