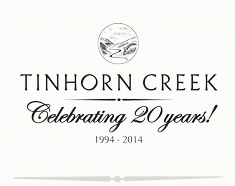 Tinhorn Creek Vineyards, quite simply, is a must-stop destination for any visit to British Columbia wine country. September 23rd marked the 20th anniversary of Tinhorn Creek, which has grown from barrels of wine in the basement of a house to 150 acres of vines on a beautiful estate in Oliver Osoyoos wine country, in the south Okanagan’s “Golden Mile” region.

Over the years, Tinhorn Creek has also become known in Canada as one of the most progressive wineries, focusing on sustainability and being environmentally friendly.

This winery is the epitome of what we consider a top pick: Good juice, good people and good events such as concerts and winemaker dinners at their onsite restaurant, Miradoro.

Sandra Oldfield, co-owner, president, CEO, and the face and voice of Tinhorn Creek, has been active in the wine community on Twitter for years. She embodies the experience declared on their website: 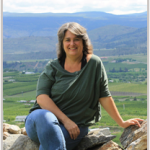 “We grow grapes and we make wine. There are many steps between the field and the bottle, but at the end of the day it’s about farming the land responsibly, having fun, and making wines to share with family and friends. Because that’s what we are: friends, family – and friends who become family.”

Sandra also was the winemaker until this year, when Andrew Windsor joined the team, after after spending the past eight years in wine regions of Australia, New Zealand and France.

The winemaking team works from vines on two very distinct parcels of land: 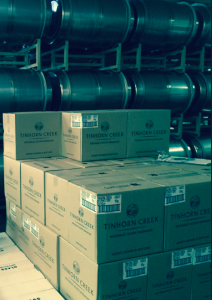 So let’s talk about the wines, starting with Tinhorn Creek’s Cab Franc, surely the best in Canada. We’ve tasted two vintages and enjoy the rich flavors that exemplify the varietal characteristics. This is a fantastic food wine, particularly with hearty beef stew or prime rib.

Going back several years, our first taste of Tinhorn Creek wine was at Whistler, back in the late 1990s — a 1995 Pinot Gris that set the bar for all the Pinot Gris we tasted in the following years.

More recently, last month, we visited the vineyard and tasted the 2013 vintage, which is crisp, balanced and brimming with citrus, pear and apple aromas and flavors.

In the late summer heat, we were also wowed by the Oldfield Series 2013 2Bench White, a delightful blend of Chardonnay, Semillon and Sauvignon Blanc that screams for seafood to pair with it.

Tinhorn Creek is also known for its Merlot; the 2012 vintage is not at all jammy, and has a bite at the front palate that will taste marvelous with steak.

And yes, most of us in the U.S. can enjoy Tinhorn Creek wines here too – Tinhorn Creek is one of eight B.C. VQA wineries that offer wine exclusively at Whole Foods Market stores in Washington and Oregon. 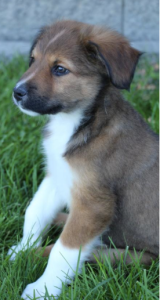 And if you’re lucky, you’ll see the newest member of the Tinhorn Creek family. Right after our visit ended, the winery became home to a new puppy, Sam.

How cute is he?

Yes, he’s grown a lot in the last two months, but he is still adorbs (a word that has never been used on this blog since it launched in 2007)!

According to Sandra, one of Sam’s favorite things to do is to nap on the cool tiles in the shower (without the water)!

So what are you waiting for?