Just in time for the holidays, Adler Fels has a reenergized vision and new releases of 2014 Pinot Noir and 2015 Chardonnay.

Although Adler Fels has been producing award-winning wines in California for more than 35 years, the winery decided on a rebirth in 2016 by focusing on “artisan wines with intense varietal character.” To do this, winemakers Aaron Bader and Linda Trotta “searched for the best vineyards in the best regions, grown by interesting people in interesting places.”

We joined the celebration by tasting samples, provided by the winery, of these two new releases. 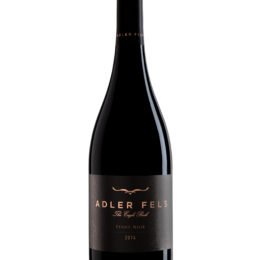 Adler Fels 2014 The Eagle Rock Pinot Noir ($27.99)
Adler Fels is German for “Eagle Rock” — a fitting name since the winery is high on a crest in the Mayacamas mountains, with a fantastic view of many of California’s Napa and Sonoma vineyards.

This luscious wine is sourced from grapes in the Santa Rita Hills (76%) and the Russian River Valley (24%), and shows the true character of Pinot Noir. It features notes of black olives, earth, cedar, cherries, licorice and smoke, with a hint of caramel, vanilla and spices. We recommend decanting for a few hours, or cellaring this wine for a couple of years to truly bring out the flavors.

This lovely Pinot could be paired with turkey, mushroom dishes and hearty salads. Adler Fels recommends pairing it with grilled portobello mushrooms with garlic and baked brie. Yum!

Winemaker Aaron Bader says: “Making good Pinot is both a physical and mental exercise. And then it’s so darn delicious. It’s sexy, luscious, with that sweet perfume, a hint of maple syrup and lush fruit.” 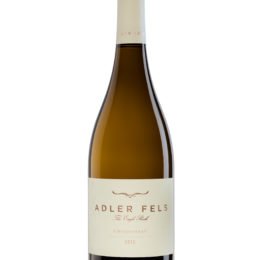 Adler Fels 2015 The Eagle Rock Chardonnay ($19.99)
Also from grapes in the Russian River Valley (50%) in addition to Monterey County (50%), this is a wonderful wine for Chardonnay lovers. Well balanced, complex, creamy, yet fruit-forward, this true-to-character California Chardonnay features aromas and flavors of mango, peaches, pears and  honey comb.

You could pair this full-bodied, easy-drinking Chard with with tuna, salmon, vegetarian dishes or even pork chops. Adler Fels recommends pairing it with salmon rillettes.

Winemaker Linda Trotta says: “Subtlety is key for well-made Chardonnay — a challenge I relish.” She describes this vintage as refreshing, balanced and rich on the palate. “The bright acidity makes it a delicious and food-friendly wine.”

You can enjoy both wines for any occasion, including your holiday meals or parties. 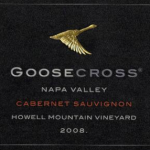