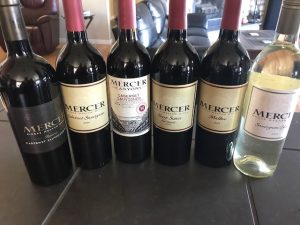 We were fortunate to receive samples of three new releases — Malbec, Sharp Sisters Red Blend and Sauvignon Blanc, in addition to three Cab Sauvs from all three tiers. First, the new releases.
END_OF_DOCUMENT_TOKEN_TO_BE_REPLACED