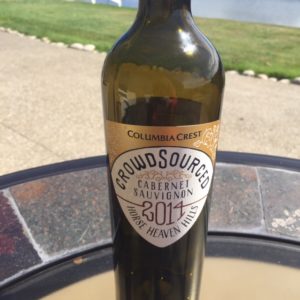 Word first came out two years ago that Columbia Crest was planning to become the first winery in the world to crowdsource a wine through an interactive online experience.

A new website, Crowdsourced Cabernet, was launched, so voters could make decisions through every step of creating the wine — bud break, harvest, fermentation, the final blend and the label.

The two-year journey began when Columbia Crest’s head winemaker, Juan Muñoz-Oca, chose a five-acre estate block in one of his best vineyards, which is used for his highly acclaimed reserve program.

The vineyard can be seen in a series of YouTube videos made during the crowdsourcing program. Throughout the process, he educated and guided the crowd, explaining how much water to apply to the vines, how the temperature impacts harvest and other key factors needed in winemaking decisions. Voters were then given a series of choices to make. 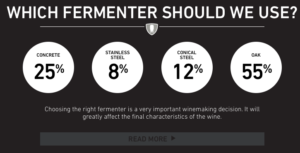 Ultimately, they decided harvesting should take place at night, the wine should be created with a lot of complexity and soft tannins, and be aged 16 months in 30% new oak barrels.

More than 6,000 people participated in the adventure. Depending on which voter you ask, the crowdsourced experiment was a lark, an adventure and/or an educational experience about the craft of winemaking. The outcome? From the tasting notes:

“The result is a beautifully integrated and layered Cabernet Sauvignon from the Horse Heaven Hills. The 2014 Crowdsourced Cabernet Sauvignon has a delicate nose of tobacco, dried herbs, bright cherries and anise. On the palate, the wine develops warm blueberry pie flavors and a silky texture with dark chocolate and toffee undertones. It finishes with a bright, elegant and refined texture.”

We enjoyed our glasses of this one-of-a-kind Cab Sauv on the deck, as pictured above and on Instagram. As expected with a new release, the wine was a bit tight when we opened the bottle, but after some decanting, the flavors developed into one delightful sip after another.

Thanks to Columbia Crest for sending us a sample.