Happy New Year! As we begin 2020, it’s time for our annual Favorite Washington Wineries List for the previous year. The way to get on our list is fairly simple. Above all, wineries must offer great juice and good people who provide an excellent wine experience.

Perhaps we had fun or learned something in a tasting room, a wine shop tasting, or at a wine event. Maybe someone from a winery sent us a personal note or wine samples. Likewise, we were occasionally invited to an incredible winery party.

Most noteworthy, the people who made our experience special are the winemakers, the tasting room staff, and the amazing workers in the vineyards where it all begins.

END_OF_DOCUMENT_TOKEN_TO_BE_REPLACED

Happy New Year! As we begin 2019, it’s time for our annual Favorite Washington Wineries List for the previous year. The way to get on our list is fairly simple: wineries must offer great juice and good people who provide an excellent wine experience.

Perhaps we had fun or learned something in a tasting room, a wine shop tasting, or at a wine event. Perhaps someone from the winery gave us a call, or sent us a personal note or samples. Or perhaps we were invited to an incredible winery party.

These people who made our experience special include the winemakers; the winery owners; the hard-working staff in a tasting room who went out of their way to make us feel welcome; and the amazing workers in the vineyards where it all begins.

END_OF_DOCUMENT_TOKEN_TO_BE_REPLACED 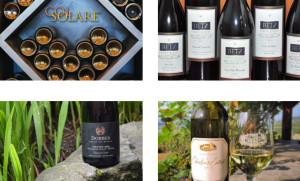 We were delighted to hear that an exceptional Washington state wine event is happening right in our backyard near the Canadian border: Northwest Wine Encounter at Semiahmoo Resort. We stayed at Semiahmoo many, many times before moving to this area last year, and it is spectacular.

On April 15-17. some of Washington state’s most talented winemakers will be holding seminars, tastings and attending a gala dinner:

The Master of Ceremonies is Andy Perdue of Wine Press Northwest, who is also a wine columnist for The Seattle Times.

“The inaugural Northwest Wine Encounter at Semiahmoo brings together some of the Pacific Northwest’s finest winemakers for an intimate event with wine lovers,” commented Perdue. “This will be a treat for all the senses.”

The event is packed with educational and fun times, opening on April 15 with a “Meet the Winemakers” tasting, followed by a private beach bonfire at the spectacular resort. 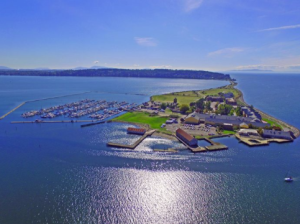 There also is guided bird watching on the Semiahmoo Spit. What a great spot — we were recently there as part of the Northwest Birding Festival, Wings Over Water. (Yes, we’re bird nerds in addition to being wine enthusiasts.)

Saturday night caps off with a Winemaker Gala Dinner created by Executive Chef Bruno Feldeisen, held in the Peace Arch Tent. The special five-course dinner will be paired with wines from all attending wineries.

The event culminates on Sunday morning with an exploration of white wines from Betz, Chateau Ste. Michelle, DeLille and Dobbes.

The entire weekend package — including two nights at the gorgeous resort — starts at $375 per person. Details are available at Semiahmoo Resort’s website.

We can’t wait! And we hope to see you there! 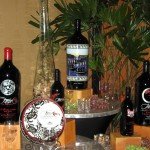 This has become our annual post about a weekend extravaganza we like to attend each year. Taste of Tulalip is one of the best wine-and-food events offered in the northwest.

Run, don’t walk, to get tickets because two of the four passes for the Nov. 8-9 weekend are already sold out.  The remaining tickets for this fifth annual festival will go quickly, and this is one experience you do not want to miss.

The kick-off tasting reception and celebratory dinner on Friday, Nov. 8 is already sold out, as is the all-access pass for Saturday, which includes special reserve tastings, a beer summit, cooking demonstrations and a magnum party.

But there are still individual tickets left for the magnum party, our personal favorite, which features some of the most highly sought-after wines from around the world, in addition to the “Rock-n-Roll Cooking Challenge.”

In Betz’s words: “We are very pleased with this new blend featuring penetrating Cabernet Sauvignon aromatics — yet a supple mouthfeel from Syrah.”

We expect this wine, to be released at the Nov. 8 dinner, to showcase not only Bob Betz’s exemplary winemaking style but also the best of Washington grapes.

Tickets are available at the Taste of Tulalip website or Ticketmaster.

We heart Taste of Tulalip, and we hope to see you there!