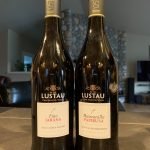 Our monthly “Booze Group” recently held a Spanish Sherry tasting, and we contributed these two bottles: Bodegas Lustau Manzanilla Papirusa and Fino Jarana. Bodegas Lustau has been crafting sherry for more than 120 years. The International Wine & Spirit Competition named Lustau as the Best Spanish Winery in 2011, and Best Sherry Producer in 2014 and 2016. Read on for more details.

The House of Lustau dates back to 1896, when José Ruiz-Berdejo started cultivating the vines of the family’s estate. First, he produced wines and sold them to larger sherry producers. Next, in 1931, his daughter, María Ruiz-Berdejo Alberti, acquired a small winery closer to the centre of Jerez de la Frontera and moved there, gaining notoriety and visibility.

Finally, in 1950, the company began exporting its sherry around the world. Of note, the winery introduced the “boutique” concept to the sherry category with more than 10 sherries in the Lustau portfolio. Today, Bodegas Lustau is considered a world-class benchmark for top-quality wines. 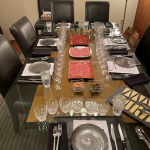 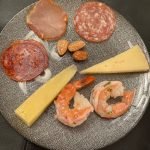 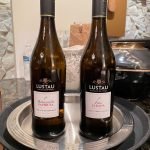 Of note, Jenise created an extensive menu (including melt-in-your-mouth steak with sherried mushrooms) that complimented an additional six sherries. 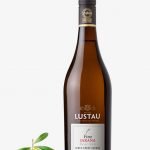 Bodegas Lustau Fino Jarana is dry and crisp on the palate, and while enjoyable on its own as an apéritif, it shines with food. For instance, the garlic shrimp dish and the Iberico chorizo at our tasting complemented this Fino perfectly. This is 100% Palomino grape, aged in oak casks, in the traditional “Soleras y Criaderas” system in Jerez de la Frontera. The location of the bodegas in the town center provides perfect conditions for aging. In other words, this is a Jerez style Fino: fresh, bright and clean, with a bigger body and more rounded than the Manzanilla. The nose is pungent with notes of almonds, minerals and dough. Serve it chilled, between 44-48 F. Once opened, keep in the refrigerator and consume within a few days. Lustau Fino won gold at the International Wine Challenge 2017, and silver at the 2015 Challenge. 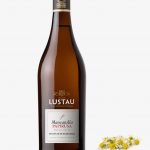 Bodegas Lustau Manzanilla Papirusa also comprises 100% Palomino, aged in American oak casks, but in the cool, humid, salty air of Sanlúcar de Barrameda, a fishing town by estuary of the Guadalquivir river. As a result, it opens with sea breeze scents and a hint of sea salt on the palate. This sherry is bone dry, light and crisp. Moreover, the longer it remained in the glasses at our tasting and opened up, the better we liked it. Again, it paired well with the shrimp dish. Similar to the Fino, serve it chilled, between 44-48 F. Treat it as you would a white wine. Once opened, keep in the refrigerator and consume within a few days for optimum freshness. Bodegas Lustau Manzanilla Papirusa won gold at the Mundus Vini 2017 Competition, and also at the International Wine and Spirt Competition 2017.

In conclusion, we discovered that we prefer our Spanish sherry with food, although many also sip on it as an apéritif. As well, the great diversity of sherry flavors, textures and styles also offers multiple cocktail possibilities. For example, have a look at Lustau’s cocktail suggestions.

Thank you, IT Public Relations, for the samples.

Credit for the two best photos in this article goes to our friend Chuck Kinzer, a professional photographer.