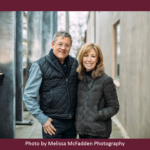 
San Juan Vineyards — a five-acre vineyard and 4,000-case winery, was founded in 1996, and has been operated by Yvonne Swanberg since 2002. According to Great Northwest Wine, which broke the story, Mike and Lauri have been wine club members for a number of years.

Swanberg told Great Northwest Wine, “This is a good deal, and I’m happy with it.” 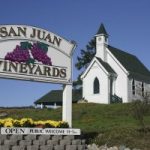 In a note to the Corliss mailing list, Lauri said: “The winery is an integral part of the community on the island. When Yvonne decided to retire and sell the property, we became excited about the prospect of working with Siegerrebe and Madeleine Angevine. We admire the pioneering vision of the Swanbergs and look forward to contributing to the success of their wine business.”