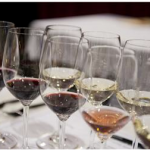 That is our main takeaway from Taste Washington, held March 23-24 in Seattle.

That is certainly not a new or revolutionary thought on Write for Wine. We were major advocates of Washington wine for years before this blog was created in 2007. But, frankly, the winemakers and vineyard producers just keep getting better and better with each passing year.

First, kudos to Washington Wine Commission for creating such an organized event at the massive exhibition hall at Centurylink Field. Year after year — for 16 years, to be precise — this well-oiled machine produces a crowd-pleaser that introduces newcomers to the best wine and food in the state and also provides new experiences to annual attendees.

Taste Washington is an incredible taste sensation, with pours from more than 225 Washington wineries and bites created by 68 local restaurants. There were so many standouts; here is the first part of our random thoughts from the Super Bowl of Washington wine events.

Best surprise – an outstanding Obelisco 2012 Red Mountain Estate Cabernet Sauvignon Rosé, created by winemaker Kevin Correll from Barrage Cellars in conjunction with Doug Long from Obelisco. We are headed to the Obelisco tasting room in Woodinville to buy some of this amazing summer sipper before it sells out!

Ditto for Doug’s superlative 2010 Nefer 111, which demonstrates how incredibly well Washington grapes can be transformed with a Napa Valley style. This is 100% Cabernet Sauvignon from Red Mountain fruit sourced at Obelisco Estate Vineyard. We don’t frequently purchase 3-bottle sets, but we are going to make an exception for this stellar wine. 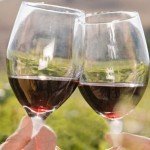 And speaking of Barrage, the 2008 Double Barrel Cabernet Sauvignon is drinking really well right now! We loved it when it was first released, and now, simply wow.

Still on the Cab Sauv track, we were fortunate to taste Gorman Winery‘s 2009 Albatross Red Mountain, a powerful blend of 80% Cab Sauv and 20% Petit Verdot, which received 94 points from Wine Enthusiast. This one is a beauty, which we’re also going to buy before all of it gets snapped up!

By the way, Rod’s William Church 2010 Cab Sauv has just been released, and we can’t wait to taste it. This standout Cab is the winner of the 2013 Golden Grape Best Cabernet Award, judged by the winemakers of Woodinville, which is pretty impressive.

Somehow, we missed Barrister‘s 2010 Cabernet Franc, which has been a favorite in past vintages. But we tasted the delightful full-bodied “Burning Desire” Estate Cab Franc from Hard Row to Hoe, which is consistently fabulous year after year.

We also missed pours from Forgeron Cellars, Fidelitas and Gilbert Cellars – but we know from past experience that wines from all three typically rock!

There were so many random thoughts from Taste Washington, this blog post will continue – come back soon to read about the rest of our favorite pours and bites at this Super Bowl of wine events.