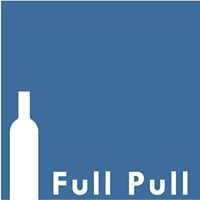 Happy ninth anniversary to Full Pull Wines, an online wine retailer that offers fine wines of the northwest, and other parts of the world, to members of its mailing list.

What an amazing nine years of growth it has been for creator and owner Paul Zitarelli, who has also just released a new book, 36 Bottles of Wine. This easy-reading, fun and educational book provides information about 36 bottles of wine (three a month for a year) and recipes for seasonal meals for pairing.

As a nine-year member of Full Pull’s mailing list, I have long been a fan of Paul’s writing. (He also is the lead wine writer for Seattle Magazine.) Below are some excerpts of his recent Full Pull email about 2015 Quilceda Creek Cabernet Sauvignon, Columbia Valley — “arguably the most decorated bottling in the history of Washington wine.”

“On April 1, China announced a set of retaliatory tariffs to counter American tariffs on steel and aluminum. The 25% pork tariff drew the biggest headlines, but wine was also hit, to the tune of 15%. China is an enormous emerging wine market, and wise Washington wineries have spent years cultivating export relationships there, Quilceda Creek among them.

It doesn’t take an economics degree to guess what happened when the price of Quilceda Creek Cab went up by 15% in China. Demand went down, and the Chinese subsequently chose to import less wine.”

“Now then, the story of Quilceda Creek Cab, which begins with Andre Tchelistcheff. By the time Tchelistcheff arrived in the Napa Valley in 1938 (to take the winemaking job at George de Latour’s Beaulieu Vineyards), he had already seen an eventful 37 years. Born in 1901 to a father who was the Chief Justice of the Russian Imperial Court, Tchelistcheff’s life changed dramatically with the Russian Revolution of 1917, after which he fought for three years in Russia’s Civil War. He was wounded on the battlefield, eventually recovered and rejoined his family, and then fled with them to Yugoslavia, and then onto Czechoslovakia and finally France, where he took up the study of oenology at the Institut National Agronomique.

That’s where George de Latour found Tchelistcheff, and their meeting led to a 35-year partnership. It’s difficult to overstate Tchelistcheff’s impact on American winemaking. A smattering of the techniques he helped to introduce: Cold fermentation. Malolactic conversion. Frost protection in vineyards. Ageing wine in small oak barrels. Basically, if there’s a winemaking technique that modern vintners take for granted, chances are Tchelistcheff helped to introduce it in the United States.

His fingerprints are all over California wine, and by the 1960s, he was doing consulting work in the Pacific Northwest as well. When Ste. Michelle launched in 1967, it was under Tchelistcheff’s guidance. He also had a nephew, living north of Seattle, and he encouraged his relative to try his hand at Cabernet Sauvignon. That nephew was Alex Golitzin, who proceeded to produce about one barrel of Cabernet per year from 1974 through 1978. The results were encouraging enough that, in 1979, Golitzin launched Quilceda Creek Vintners as a commercial winery, producing 150 cases of Cabernet Sauvignon.

Since then, the production has increased, but the winery’s focus on Cabernet Sauvignon has never wavered, even as the next generation (Alex’s son Paul Golitzin) has taken over as Director of Winemaking. The Golitzins’ intense focus on quality has yielded considerable rewards. Perfect 100pt reviews from Wine Advocate for the 2002, 2003, 2005, 2007, and 2014 vintages of Cabernet Sauvignon. The #2 spot in Wine Spectator’s 2015 Top 100 list for the 2012 vintage. And plenty of accolades for this 2015, as noted above.”

What a great story! Now here are some links so you can discover more: 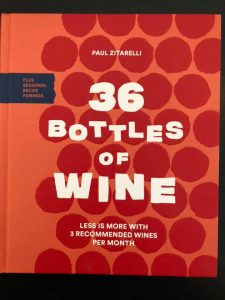