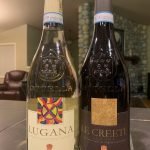 We opened a bottle of Ottella wine from Lugana on Christmas Day, and another on New Year’s Eve. But really, these wines from the Turbiana grape are perfect all year round. Ottella has been producing them since 1905 – the first and only Veronese producer of Lugana at that time. They check all our boxes for beautiful white wine – mineral-driven, elegant and complex, with citrus, salinity and refreshing acidity. Consequently, these two Ottella wines — Le  Creete and Lugana DOC — shine  with personality and character. They are versatile, approachable, age-worthy and food-friendly.

The Montresor family has operated Ottella for four generations, since 1905, and is acknowledged as the first producer of Lugana wine. Lodivico Montresor farmed the land and later, his grandson, also called Lodivico, launched Ottella wines. In 1964, Lodivico, a wine entrepreneur and art collector, worked with Professor Michele Vescia of the University of Brescia to identify Lugana as its own geographical identity. As a result, Italy established Lugana DOC three years later. 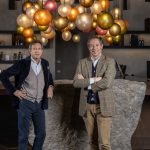 Next, in 1985, Ottella gained new impetus when Lodovico’s son, Francesco, a new law graduate, started working with his father. Francesco also held the position of President of the Consorzio di Tutela from 2007 to 2013. In 1993, his brother Michele joined the family business. Michele is currently President of the Associazione Vignaioli Veneti (Veneto Winemakers’ Association). Further, in 1986, Ottella began developing internationally. 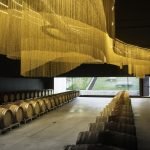 By 2013, rapid growth led to the purchase of a new site. The stunning new winery, with art installations inside and out, represents the company’s values: love for the vineyard, the landscape and art. A new cellar, which optimizes energy resources, demonstrates Ottella’s commitment to sustainability practices. For example, the green approach includes solar panels, water purification and the structure design. As well, agronomic practices maintain Ottella’s vineyards.

Meanwhile, in the winery’s courtyard, and reproduced in its logo, a coat of arms depicts the faces of six octuplets born in the Lugana area in 1500. Hence, the name of the winery and its location, Ottella Lugana.

Today, Francesco and Michele, along with the new generation Lodivico and Lamberto, operate the company, which has 90 hectares, and is one of the oldest properties in Lugana. And Ottella wine is heralded by critics and Lugana lovers in Italy, the U.S., Germany and other countries, possibly helped by Lake Garda’s busy summer tourism season.

Lugana DOC is a small northeast wine region on the southern tip of Lake Garda, Italy’s largest lake and one of the deepest in the world. The depth of the lake absorbs heat, while temperate breezes help keep the grapes healthy and free from pests. And the minor difference between day and night temperatures creates a “climactic cradle,” which is perfect for growing the Turbiana grape.

A unique terroir features mineral-rich soils predominantly made up of white clays and limestone. They are morainic, a result of a glacier that used to occupy the area. In other words, Turbiana grows in clay soil that covers a mineral-rich glacial moraine. The deep lake and the glacier are key to growing Turbiana. 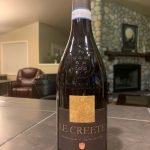 This is the first bottle we opened on New Year’s Eve. From the festive label to the beautiful, balanced acidity and citrusy flavors, Le Creete was the right choice to ring in 2023. We understand why this is Ottella’s signature wine. The winery grows the Turbiana grape in Le Creete Vineyard, in the purest of clays, in the heart of Lugana. Therefore, the minerality is amazing, while aromas and flavors of grapefruit, lemons and hints of candied tropical fruit entice another sip. We enjoyed this elegant white wine as an excellent apéritif. But you could also serve it with lake and sea fish, soups, pasta, rice dishes and strong-flavored cheese. 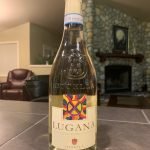 On Christmas Day, we poured this refreshing white wine and discovered lively acidity, minerality and citrus galore. Aromas of lemons, peaches and candied fruit lead into flavors of more citrus, pears and hints of almonds. The grapes come from estate vineyards in  the southern area of Lake Garda, also characterized by a high content of white clay. This lovely wine is a tasty apéritif or pairs well with seafood, soups, and pastas with cream sauce.

We are proud Lugana lovers. We shared these Ottella samples with friends over the holidays. However, we also love them lakeside in the summer, and with a variety of meals all year.