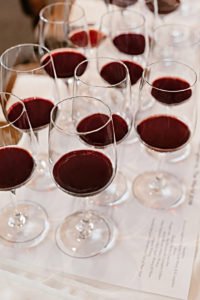 Taste Washington is celebrating its 21st anniversary with an all-new Sunday brunch to kick off the last day of the country’s largest single-region wine and food extravaganza, March 22-25 in Seattle.

Taste Washington is produced by Visit Seattle in partnership with Washington State Wine. They jointly announced that this year’s national celebrity chefs, who will provide hourly demonstrations during the Grand Tasting on Saturday and Sunday, include:


Brooke Williamson – Co-owner and Co-chef of Hudson House in Redondo Beach, CA. Brooke Williamson was the winner of Bravo’s “Top Chef All-Stars” Season 14, and was the runner-up in “Top Chef” Season 10, set in Seattle. She has appeared on several food programs and runs several successful L.A.-area ventures.

Gregory Gourdet – Executive Chef of Departure restaurants in Portland, Oregon and Denver, Colorado. A self-proclaimed health freak and avid runner, Gourdet views food as nourishment. His mindful life approach shines through in his cooking, as he offers dishes that allow freshness, seasonality, and bold, alternative ingredients to star on the plate.

Rico Torres and Diego Galicia – Chefs and Co-Owners of Mixtli in San Antonio, Texas. Rico Torres was born in El Paso, Texas but has immersed himself in the heritage of Zacatecas and greater Mexico, both in travel and in his daily life. Each time a new menu concept is developed for Mixtli, Torres researches for hours at The University of Texas at San Antonio’s library, where he has a special partnership and is able to review historic Mexican cookbooks and recipes for inspiration. Following Diego Galicia’s time at the Culinary Institute of America in San Antonio, he diversified his culinary experience by working at Michelin-starred restaurants Atelier Crenn in San Francisco and Moto in Chicago.

Sheldon Simeon – Chef of Tin Roof in Kahului, Maui. Sheldon competed in Bravo’s Top Chef: Seattle as a finalist and won Fan Favorite. He recently opened up his own restaurant where he serves up local dishes with a mix of innovative modern cuisine in take-out bowls.

Most chef demonstrations will be emceed by Seattle’s Chef Thierry Rautureau of Luc and Loulay Kitchen and Bar. Trademarked “Chef in the Hat,” Chef Rautureau has been featured on shows such as Bravo’s “Top Chef” and “Top Chef Masters.” 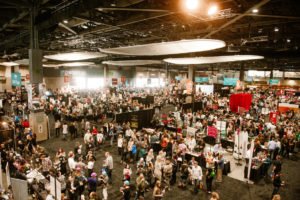 For more details about all activities during the four-day wine and food event, see our Jan. 16 post. Tickets to the entire festival are on sale at Taste Washington’s website.

We hope to see you there!