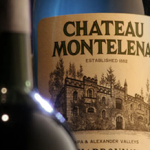 Chateau Montelena is a Napa Valley winery established in 1882 and famous for putting California on the international wine map in 1976. That’s when the winery’s 1973 Chardonnay won a blind tasting at the prestigious Judgment of Paris wine competition.

The historic victory was surprising to many, particularly in Europe where the expectation was for a French winner; a fictional version of the amazing event was featured in the 2008 film, Bottle Shock. (Notably, the Paris competition is just one highlight of Chateau Montelena’s rich history.)

Winemaker Mike Grgich — who later joined with Austin Hills to establish Grgich Hills — crafted the 1973 Chardonnay, which remains on display at Chateau Montelena’s only satellite tasting room in California, just off the lobby at the Westin St. Francis in San Francisco.

The St. Francis was where I happened to be speaking about social media analytics at the Dreamforce 2013 conference last November and, not surprisingly, I was drawn to the tasting room to try the lineup

I was very lucky that the knowledgeable and friendly sommelier Cassandra Brown happened to be pouring that day. (Cassandra pours at several events and locations in the Bay area, so be sure to stop by to see her, if you have a chance. I know you’ll have both an educating and enjoyable time.)

First, I must applaud three of the winery’s whites: 2012 Potter Valley Riesling, which has a beautiful nose, layers of rich peach and apple, and only a touch of sugar;  2011 Napa Valley Chardonnay, so opulent and creamy; and the crisper 2010 Chard.

But what really captured my attention was Chateau Montelena’s Cabernet Sauvignon.

This is a wine with the “wow” factor: earthy, silky, rich and full-bodied, with berries and spice flavors, and an enticing mouthfeel. The Cabernet Sauvignon (98.25%) is rounded off with a splash of Cabernet Franc (1.75%).

According to the tasting notes:

The nose opens with big black cherry, currants, and plum spice cake notes. Underpinning all that fruit are layers of smoke, anise, and very subtle oak tones. The palate entry is soft and round, but builds quickly with loads of fine velvety tannin, huge black cherry, and red fruits that persist through to a rich finish layered with spice. A firm core of acid and barrel spice integrate beautifully across all layers, enhancing the structure and balance of this massive but approachable wine.

This winning wine is drinkable now, but the wow factor will be even more prominent in 7-10 years. 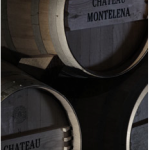 In Napa Valley, Cabernet is King and this is one royal, robust red — a big, dense wine with concentrated fruit, and layers of berries woven with tones of vanilla and spice.

The Cabernet Sauvignon (91%) is blended with 7% Merlot and 2% Cabernet Franc.

Try drinking it now with a big juicy steak, like we did with the bottle I brought home from San Francisco, or if you have more patience, put it in the cellar for a few more years.