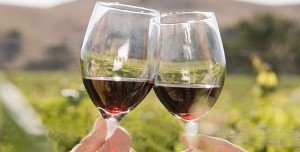 Above all, excellent wine over the holidays adds a little zing to the season. But each person’s choice of excellent holiday wine is a unique decision. Therefore, our list of special red wines that we enjoyed during 2020 is unique to us. However, you might really like some of them!

Of note, some of these wines are special because of their high quality and therefore, high price point. Equally important, others are special good-value wines enjoyed throughout the year. Notably, during this pandemic, we recommend opening your holiday wine during a festive evening at home or giving them as gifts.
END_OF_DOCUMENT_TOKEN_TO_BE_REPLACED 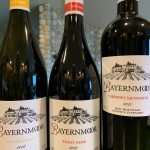 We were first introduced to Bayernmoor Cellars last year, not long after the winery opened in Stanwood in western Washington. Focusing on European-style wines, Bayernmoor showcases the beautiful grapes grown in a six-acre estate vineyard of Pinot Noir in addition to Otis, Klipsun and Celio. Just in time for the holidays, we were fortunate to taste three lovely Bayernmoor wines: 2018 Chardonnay, 2017 Estate Vineyard Pinot Noir and 2017 Red Mountain Cabernet Sauvignon.

END_OF_DOCUMENT_TOKEN_TO_BE_REPLACED 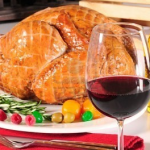 Thanksgiving is around the corner, and this year looks a lot different than in the past. The pandemic means less travel, with many people, including us, celebrating the holiday at home. Some will have Zoom calls with family and friends. Or some might even brave the cold weather for a social-distancing happy hour outside. What wine will you open to enjoy at happy hour, and with your Thanksgiving turkey and sides? Do you know yet? If not, read on for some suggestions.
END_OF_DOCUMENT_TOKEN_TO_BE_REPLACED 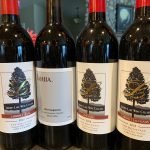 Located near Spokane, Liberty Lake Wine Cellars is a  boutique Washington state winery focusing on bold reds from Red Mountain. Our kind of wines, right? Right! As background, original owners Doug and Shelly Smith released the first 2005 vintage in 2007. Fast-forward to 2016. Mark and Sarah Lathrop took over the Liberty Lake operation, moving to a larger tasting room and production facility. They also created a second label, TAHIJA, for non-Red Mountain reds and whites.

Mark recently sent us samples of four bottles of Liberty Lake wine. First, we tasted 2018 Red Mountain Cabernet Sauvignon, which won’t be released until next year. Second, we tried three releases coming out later this month: 2017 Cabernet Franc, 2018 Zinfandel and 2018 TAHIJA Sangiovese. Read on for details.