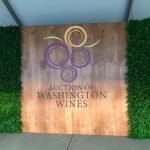 “The Washington wine industry and its community are the perfect pair for this annual event, which had a new, palpable energy this year that attracted a vibrant audience, including veteran attendees and newcomers alike,” said AWW Executive Director, Jamie Peha.

On Aug. 15, we attended the Winemaker Picnic & Barrel Auction at Chateau Ste. Michelle. All the Washington wines we tasted at the picnic were terrific, but there was a handful of standouts that really pleased our palates.

More than 1,400 people attended the annual picnic at Chateau Ste. Michelle. Together, we sampled wines from more than 60 of Washington state’s top winemakers. And we enjoyed bites created by local chefs and restaurateurs, including Tom Douglas and Lisa Dupar.

This was the third time we’ve chatted with Brock Lindsay of Succession Wines in recent weeks – at the auction picnic, the Bellingham Wine Festival and during a visit to his tasting room in Lake Chelan. An opportunity to chat with winemakers is one of the many benefits of attending this event. Brock was pouring Succession 2017 Syrah, which was one of our favorites at the picnic. Flavors of raspberry, green peppercorn, and wet stone make this wine beautifully complex. 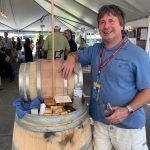 Another standout was the Barrage Cellars yet-to-be-released left-bank Bordeaux blend of Cabernet Sauvignon (80%), Cabernet Franc (10%) and Merlot (10%). This is a beautiful, smooth. silky wine that makes us want us more.  It’s the second consecutive year that winemaker Kevin Correll has impressed us with a blend at the picnic. We can’t wait for this lush wine to be available. 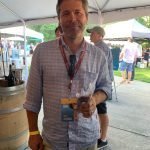 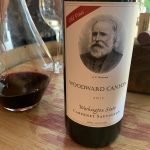 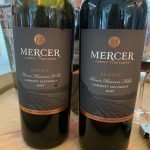 Congratulations to all the wonderful people who work at Auction of Washington Wines, the many volunteers, the supporters and of course, the winemakers and chefs.