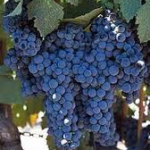 While I was traveling, a new economic impact study about the Washington state wine industry was released, showcasing impressive statistics about the industry’s incredible growth and its positive effect on the economy.

In 2010, Washington’s wineries produced 11.2 million cases of wine, generating revenue in excess of $1 billion, providing the livelihoods for nearly 30,000 people and hundreds of connected businesses and organizations.

“Throughout this period Washington wine has benefited from strong, pragmatic leadership, quality education and an increasingly effective research program which has enabled the industry to overcome a multitude of economic and environmental challenges,” the report states. “Washington wine has shown little of the complacency which has imperiled many other major producing regions in this difficult period.”

Here is some additional interesting information from the study:

Want to read more? The complete study, conducted by California-based Stonebridge Research, can be found at washingtonwine.org.